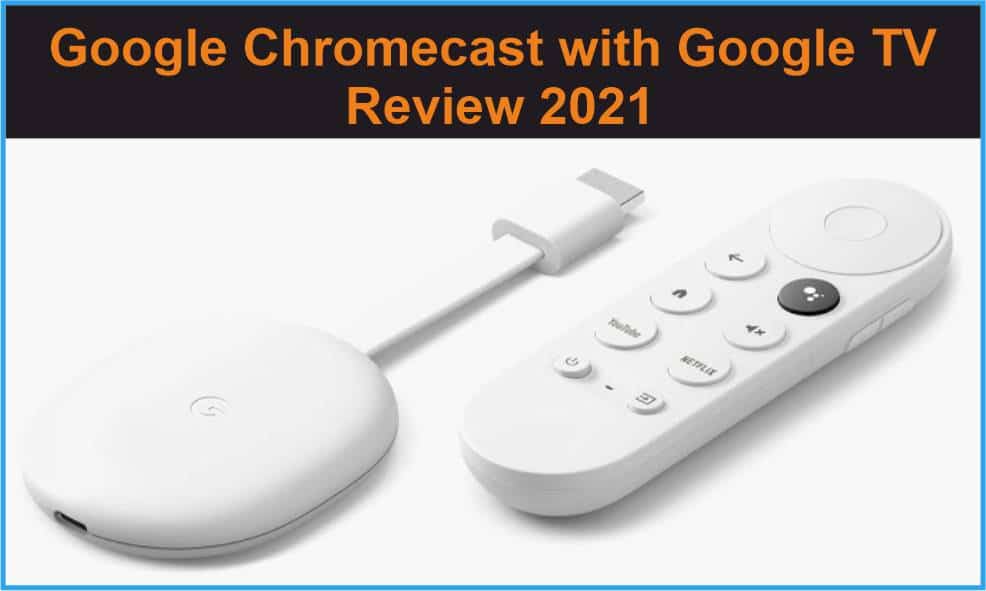 What’s going on, Rihan here. Several of you asked me to check out the Chromecast with Google TV several months ago, so I’ve spent some time with it just using it as my main streaming device. I’ve grown accustomed to the Amazon Fire TV Stick 4K and the Nvidia Shield TV over the years, but the Google Chromecast offers a nice Google TV streaming experience and it’s only $50.

Let’s talk about it. I decided on the white or snow color, but you can get this in sunrise pink or sky blue. I would’ve liked a black option like the old Chromecast, but Google likes a certain aesthetic for their more recent products. It’s a small, lightweight device, but it doesn’t feel cheap.

Other than HDMI, it just has a single USB-C port for power. The biggest upgrade if you’re coming from the old Chromecast is this little remote. It’s a sleek little remote with Google Assistant built-in. I like the dedicated buttons for YouTube and Netflix because those are two of the most used if not the most popular apps on the planet.

In the past, using the app or having to show my mom how to use the app to cast movies to the tv was a little frustrating. Now that we get this physical remote, the problem solved. Just like with my Alexa Voice Remote, this remote can control the power and volume of the tv and soundbar.

Later in this article, I’m going to briefly talk about one thing I’ve noticed about this remote when compared to the fire stick remote. If you want to cast content from your android phone, iPhone or iPad, you can still do that on this new Google Chromecast.

So, Android TV has been rebranded to Google TV and this was the first device released with that rebrand. The specs on this aren’t mind-blowing but they definitely get the job done for a nice compact streaming dongle. We get a quad-core CPU, a MaliG GPU, 8 GB of onboard storage that you can expand with an external adaptor, it’s running Google TV which is Android, AC Wi-Fi, and of course Bluetooth.

It’s capable of streaming 4K HDR with DolbyVision and Dolby Atmos. After going through the setup process, which is super easy using either the Google Home app or the included remote and signing into your Google account, the Google TV interface is nice.

It looks similar to the previous Android TVuser interface, but it’s been refined quite a bit. For my Apple TV users, I’m not going to say that this interface is just as good as the Apple TV 4k, but it’s actually second-best in my opinion. When it was first released around 6 months ago, the Apple TV Plus app wasn’t available on this Chromecast, but it is now.

We have access to the Google Play Store, but it’s the more limited Android TV version and not the same as what you get on an android phone. If there are some specific android apps you have to have, you can sideload them, but that’s for another video.

Navigating through the home screen and different menus is smooth and there is zero lag. Of course, you can just use your voice to search for movies, tv shows or even to open different apps. While I’m not a huge voice assistant user, so far it works flawlessly.

Something I fell in love with fairly quickly in Google TV is the recommendations. It has been an ongoing struggle clicking on each individual app and going through endless scrolling and reading to find something I want to watch on other devices. 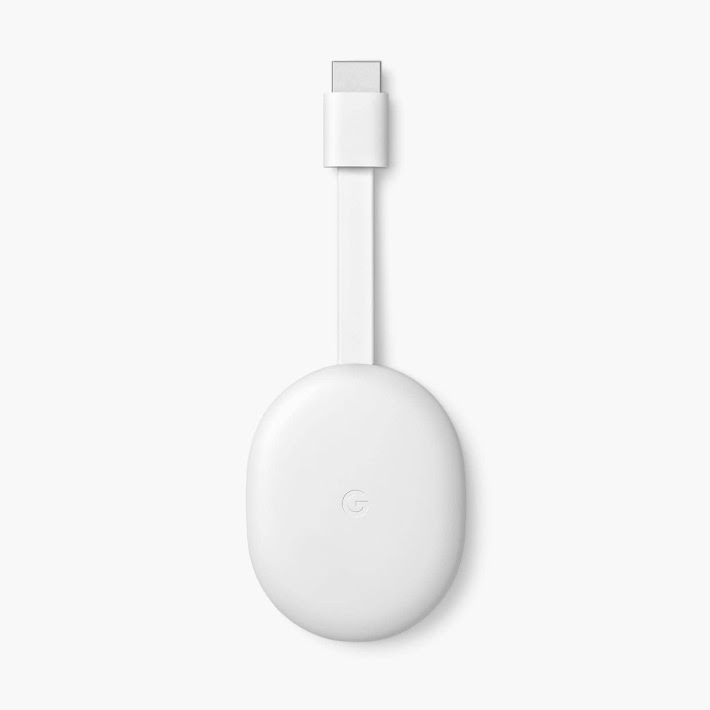 Maybe it’s because it’s all-seeing and knowing Google, but Google TV makes great useful recommendations that allow you to quickly find content without jumping down a rabbit hole. If you want to get the best recommendations, make sure you consistently use their universal rating system.

I almost always hit the thumbs up or thumbs down so Google will constantly adjust the content to better fit what I’m interested in. Once you’ve watched a movie or TV show, even if you didn’t watch it on the Chromecast, make sure you click that you’ve watched it.

The watch list is something I use all the time because I can’t watch everything right away. If you don’t want to have to check a bunch of individual watch lists across a number of streaming apps, the universal watch list here in Google TV is going to be a big timesaver.

I normally have my Chromecast connected to 4K Samsung TV, but I sometimes use it on my 32-inch 4K Dell monitor for watching during breaks when I don’t leave my desk. Anyway, the most important thing to me is having 4K video playback where the image looks great, and the device doesn’t stutter during streaming. Let’s hop over to YouTube and check out the video quality.

A common video used as an example is Big BuckBunny which plays in 4K at 60 frames per second. It just demonstrates how well the Chromecast can handle this type of media and if the image looks degraded at all.

I’ve used all of the normal streaming apps like including Netflix Prime Video Disney Plus Discovery Plus and several others and I’ve had no issues streaming with this Chromecast. Something I do want to point out though about using Disney Plus on this device; you may try to watch a movie or show in 4K but be forced into 1080.

I’ve found that closing and reopening the app helps, but it’s something Google needs to address with an update asap. Even though this Chromecast only has a single USB C port, you can use an adaptor to expand the storage while also providing power to the device.

I’ll leave a link below for the adaptorI’m using, but anything similar to this one with a USB C port will work. This is a 64 GB micro-SD card, but you can use a larger or smaller one if you prefer. Once it’s plugged into the Chromecast, you’ll see in the settings then storage that the card is recognized. Now you can add movies, tv shows and apps to it.

I don’t do any streaming or browsing the internet without having my VPN turned on. You can install the VPN on this Chromecast and even on your Fire Stick if you’re using one. I’ll leave a link below to the VPN I’ve used for many years and still recommend. Before we wrap this up, I mentioned earlier something I noticed about using this remote over the fire stick remote.

The amazon fire tv stick remote has randomly disconnected on me several times just for no apparent reason. I’ve actually had to repair it a few times to get it working again.

This isn’t going to replace my Nvidia Shield TV, but for $50, it’s an easy recommendation. If you feel like it, jump down in the comment section and tell me what device you like most. so you’ll be notified every time I post new content.

So this concludes the topic for Google Chromecast with Google TV 2021 Review. That’s about it for me, I forgot to tell you something, If you’re enjoying this article, please make sure to share the article. If you have any questions, comment down below, and I’ll try my best to answer them.